The history of Varjola dates back to the mid-1800s, when timber rafting manager was needed for the bypass Kuusaankoski. He began to build a farm near Kuusaa rapids, and the waterways for timber rafting were built on the rapids.

Water route in the village of Kuusa where Varjola is located, combines watercourse above, Saravesi -lake, the waters of three major waterways (the watercourses of Viitasaari, Saarijärvi and Rautalampi). Kuusaankoski -rapids is one of the few quintessentially preserved Central Finland reservoirs. Kuusaankoski -rapids most important catch is the lake trout, which has been found to have a great deal of natural growth. Fish rises to Kuusaankoski -rapids as far away as lake Päijänne. 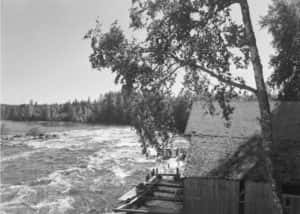 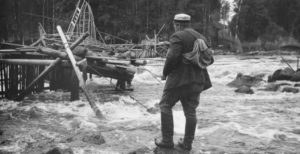 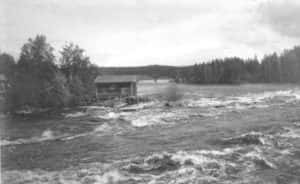 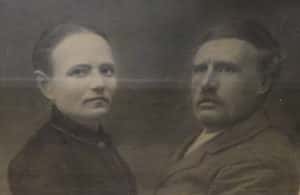 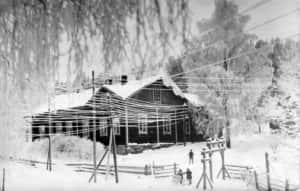 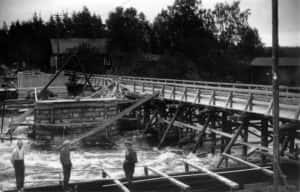 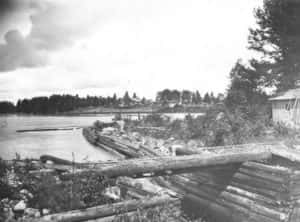 Timber rafter´s farm expanded over the years, and has been forerunner farm in the early decades of the last millennium: farm was actively renewed, the fields uses drainage systems, Varjola was the first farm in Central Finland to establish hay silage with AIV system and the first tractor arrived in the village was in Varjola. An important research on improving the efficiency of agriculture in Finland was also carried out with the help of the research of Varjola landlord.

Over the decades, several actions have been carried out on the regeneration area of the rapids. The water route was renovated in 1993. The old timber rafting structures were demolished, and the rapids was restored and the shores were reconstruct to match the former grove.

As a result of industrialization and the growth of the forest industry, Varjola bypass Kuusaankoski -rapids was badly polluted and the fish almost disappeared from the water. It was said that one can smell river far away. With the advancement of the forest industry, fishing and recreational activities were re-established in the river area by the beginning of the 1990s, and the clearing of the watercourses of the rapids began to be clearly visible. Thus, the recovery of Kuusaankoski -rapids and the clearing of the watercourse can be considered as cinderella story of water history in Finland. Due to the purification of the watercourse, the wild rapids also returned to the regenerated water area, which made the area one of Southern Finland's best fishing rapids.